Hey don't forget you can find me from now on at http://artisthenewreligion.typepad.com/ 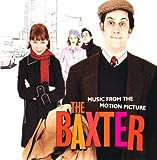 My friend Craig was in town last night and invited me to see a screening of "The Baxter" because he did the music for it. The movie was HILARIOUS, you should definitely go see it when it comes out (despite what Ebert & Roeper said).

At the "afterparty" I was amazed to discover that comics attract more aggressive groupies than the musicians I know. I tried to get a shot of the adorable co-ed that sent Michael a drink and got invited to join us, but Craig's head is blocking her. Who knew comedy was so hott? 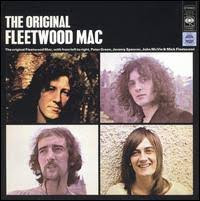 They're showing an hour long documentary on Fleetwood Mac right now called "Unbroken Chain" which I've never seen before! They're even starting with the Peter Green years. I wonder if I'll learn anything new (I know a lot about Fleetwood Mac.) Today is my lucky day!

Of the many, many lineups Fleetwood Mac has gone through in their 30 odd years, my favorites are the original incarnation with Peter Green and the most famous incarnation which included the magical combo of Stevie and Lindsey.

Back from the dead. Actually I've just been posting to my LiveJournal. I've been meaning to transfer this blog to TypePad but I can't seem to find the time. Oh, work.

I just had to rave about Google IM. It works like any other IM, except if you have a microphone (I have one built into my laptop at work) you can call and talk to people live! So far I've tested it out with my coworkers (which is stupid because I can just walk over and talk to them in person) but I'm excited to try it out with people long distance. I'm sfist.music on Gmail so look me up, friends! You need a gmail account to join -- let me know if you need an invitation.

More later, I promise. That is, if anyone still checks this blog. (crickets)

I really need to not have two blogs.

Saturday's Chillin event was a big success, check out my LiveJournal for a camera phone photo of the ginormous crowd. Lots of people-watching and getting to hang out with Audree (her Dutchy booth was next to mine) plus getting paid cash for things I made. Not a bad way to spend a Saturday night.

Today I got perhaps the best surprise gift EVAR: 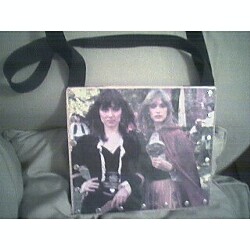 It's a tote bag made out of a copy of Heart's Little Queen on vinyl. This rules because I named my jewelry line after this record (and song), plus the fact that I want to be Nancy Wilson. No one could possibly appreciate this little tote bag more than me. Pet-sitting for Jet and Nemo is fun enough without getting an amazing present. Thanks Audree!

In perhaps what might be my proudest moment as Music Editor of SFist...

When Charo's publicist contacted me, I must admit I wasn't man enough to tackle interviewing Charo myself (I was too intimidated). But I didn't relent until I found the bravest SFist on our team, MattyMatt, and harangued him into accepting the challenge. He is now my hero. We can't wait to go see her at Herbst on 8/6.

"Hello! I am so happy to be bringing original music of today for dancing! I am performing a new style, neosalsa and neoflamenco, because every day I want to improve myself, tomorrow when I wake up I am searching for something better. I'm going to have a bigger thing, ahead of our time, if you love dancing, you gonna wow!"

Nyla scooped me on blogging about Criss Angel's "Mindfreak" TV show. After seeing the promos, I was a little disappointed at the actual show because I wanted him to be even cheesier than he actually is (the show's theme song and freak-show outro's notwithstanding). Unfortunately, the it's-so-bad-it's-good factor is lacking.

My copy of Imogen Heap's latest CD speak for yourself just came in the mail! I actually bought it from her website/UK label and paid $22US for it. Some U.S. record company needs to wise up and release it. Hello -- the woman has been on the soundtracks to Garden State and "The O.C." What more do you need?

Is there such a thing as too much live music? I'd say no, as long as you're up for some sleep deprivation. Last week I saw five shows, all of which were fantastic, four of which included good old friends from out of town performing. It was great to see Fil, JD (for two whole days) and Ian. (I wish I could say Sufjan was my friend, or my suitor, but alas I've never met the chap.) The Knitters' new album, The Modern Sounds of the Knitters, is out and you should own it. Those kids successfully avoided the sophomore slump.

After our Friday afternoon in-office happy hour, I walked over to Ian's show at Hotel Utah, and when that was finished a group of us went round the corner, literally, to have a house party at another friend's office. So I managed to spend 16 hours at three different places which were all within a block of each other.

Last night Audree and I went to a fashion show that featured her bags. It was fun to see the creative vision of 7 or 8 different independent designers. One of the designers was a handsome rocker looking guy, who I knew I'd seen somewhere before. I bought a really cute hoodie from him and did my best to refrain from asking "Where do I know you from?" Which was a good thing, because after racking my brain all night, I think I remember seeing him on an episode of "Blind Date."

Promotional "The" CDs that landed in my mailbox this week: The Cranes, The Occasion, and The Veronicas. I've never listened to The Cranes before (gasp!) but I'm digging the record. Mellow, atmospheric, otherworldly. The Veronicas album came with an exuberant note from their record label and an entertaining bio (their "dynamic Sire Records debut album kicks the "Wow Factor" up a notch or two"). Listening to the album and looking at their photo (hot young twins), it's clear how they could appeal to Avril and Kelly Clarkson fans. It's solid radio pop rock and it will probably blow up. But I was a little taken aback by the lyrics to their song "Secret." Here's the chorus:

Now I'm not advocating for some uber-PC censorship, I just worry that this could give tweens and teens some unnecessary ammo for intolerance, however subtle it may be. Am I overreacting?

It's a beautiful day outside and I'm inside blogging. For shame.

The Knitters kept me up late last night.

A brief list of some of the made-up music genres in the latest Flavorpill newsletter:

Somebody please stop them.

Remember when I told you I was one of 18 finalists for the MSN Road Tour? Well it's under way and you can read what the bloggers are saying here. I wonder if I was up for the rock spot or the alternative spot?